this starting and stopping is nothing new and will certainly not be the last time, until I figure out how to make this part of my routine.

the pandemic happened and with it, extreme loneliness and isolation. the pandemic is now winding down, and I am unsure how to proceed. one thing has remained constant. my arduous quest to figure out what to say about the contents of my skull.

I have trouble focusing and I feel like I take on way too much.

so many shiny objects.

I often ask myself whether I am doing enough with the time I have. Where am I unfocused?

Is it the pain that I am distracted by or am I making up excuses not to work. When I know I should work a few more hours, and I’m just too tired to keep my head up.

The 4:3 email newsletter drops so many gems. This week is was Field Niggas

So my friend L sent me this.

To which I reply:

If you know me. Then you know that I have a soft spot for awkward white girls.

Caroline Polachek, if you’re out there – holla atcha boy!

For the first minute-fiddy, my confusion is well founded. Ms. Polachek does a sort of line-dancesqe heel-toe shuffle while performing what would have to be a cross-between full body American Sign Language and some type of United Methodist praise dance. That or she is channeling Brit Marling of OA fame. Either way it’s delightfully strange.

Then it gets WAY better. A quick CG glint of the eye, and our Hades dwelling heroine convulses and begins spewing a green ectoplasmic mist, grows Krakin like tendrils from the back of her head then dolly zoom out and we’re in a Disneyfied underworld.

What the mother fuck?!?!

All this to say…

If you’re looking for an even trippier adventure please check out Door.

Today I attended an info sessions for a film production training program @ the Bronx Community College.

The program’s aim is to provide folks interested in working in the film and television industry with training and certifications to help them land well-paying jobs in production.

As we well know, diversity in the film and television industry is a huge problem. In order to combat this disparity BCC is partnering with the Motion Picture and Television Local 52 Union to teach the skills needed to get folks hired onto film and television sets and provide that extra level of support and mentoring needed to push more diverse talent to the top of the pool of potential hires.

I really hope I land a spot with the first cohort. It would be a huge boost to my career prospects and accelerate my journey into cinematography.

Part of learning about how to make pictures that communicate is finding resources by directors or producers that are articulate and have the will and inclination to teach. As I am immersing myself in documentary, I’ve found a few podcasts that are really helping me think about the medium. It’s also helpful to hear proper film critics give their opinions on what works and doesn’t work with documentary releases.

The Fog Of Truth
Pure Non-fiction
Docs That Rock

Respect The Process
Just Shoot It
The Moment

I have been working on a music video for a year.

I was both overly ambition with the shoot and also very much unprepared. We had wigs, fake snow, candelabras smoke machines and theatrical lights. And it looked awful.

I had no idea what I was doing.

Fast forward a year later and I’m still picking up elements to make up for the disaster a year earlier. Today we shot silhouettes. Here are my reference frames.

In all fairness. I am like a 1000x better at nearly everything related to directing today than I was a year ago so. It will end up being a better product, but I dragged my poor friends through my indecision and lack of faith that I could put something coherent together.

Coherent. To be honest, it’s not something I’m known for. Articulate – certainly. Coherent – rarely. I’m kinda okay with that.

I hate confrontation. Yet today, I took an opportunity to take a minor dig at a potential client. Christ! Not even an existing client…. Like they haven’t even agreed to give me the job and I still couldn’t resist. Poorly timed smugness is the worst.

I’ve finally figured out what this blog is going to be about.

I will use it to document my journey from regular degular ad agency producer into media activist.

Back in March I had the opportunity work with a lawyer at the Legal Aid Society – Nicole. My friend Dan, also a Legal Aid attorney informed me that there was a new trend of utilizing video in pre-sentencing statements. Instead of a written document crafted to convince a judge or DA to reduce sentencing outcomes, video was being used as a way of bridging the empathy gap between those being sentenced and those handing down the sentencing.

Nicole, based on no information about me (I didn’t have a reel), trusted me enough to help her craft a story with her client – a young man charged with assault in a road-rage incident.

Holy shit is making a movie is hard!

I read half a dozen books on documentary, scoured the internet for best of documentary lists, ordered them through the library. I watched dozens Lynda.com courses on film making. Even with all this prep and practicing soooooo many mistakes were made.

There are so many small details that go into capturing interview and so many points of failure to account for especially when you’re just learning your gear, that shooting can at times was overwhelming.

Suffice to say, that I wasn’t thrilled with the outcome of the project. While it served its purpose. I cringe thinking about the # of people who have seen it, and judged me based on this first ever attempt at creating a short doc.

Lucking the process was immensely rewarding and sparked in me the drive to continue down this path. I was able to flex my creativity in ways that I had not in years and actually felt like I was making a difference for someone.

So yeah. This is what this blog is about. Becoming a media activist, whatever that is. 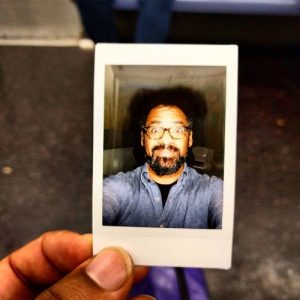